Our ambition is to inspire the public and build the foundation of a long-term inclusive platform, engaging and learning about the importance of working collaboratively to preserve a healthy ocean. 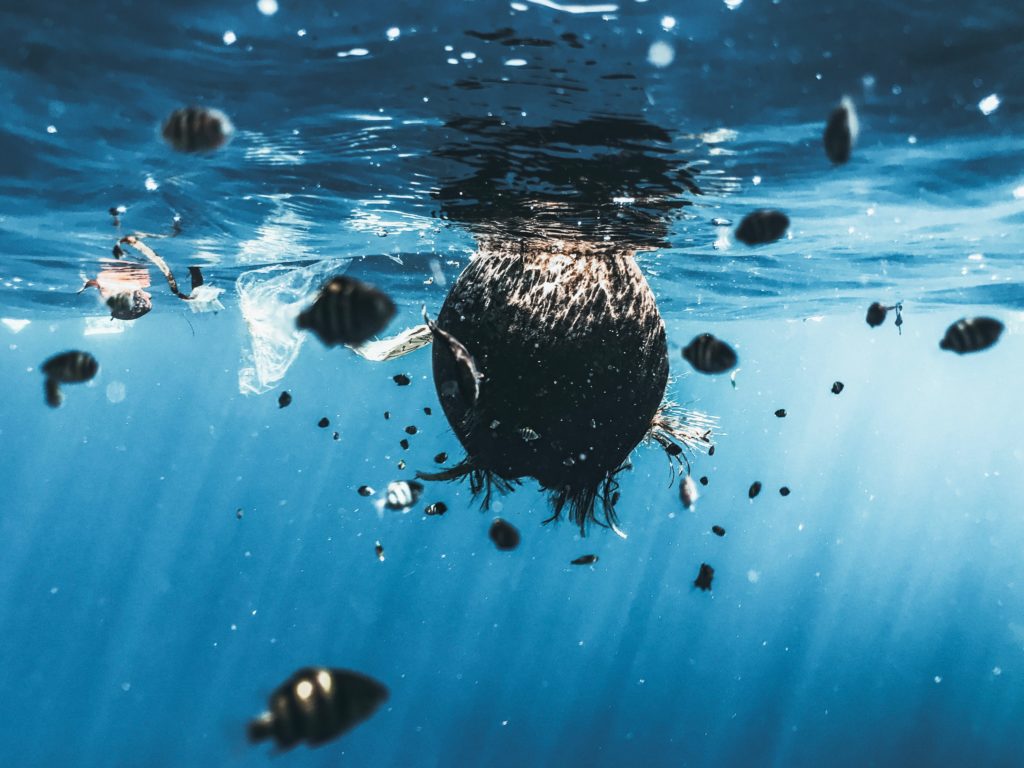 Human activities are threatening the health of the world’s oceans. One factor putting pressure on our marine environments is plastic pollution.

In Aotearoa New Zealand, the concentration of microplastics in coastal waters is poorly understood.

Recent modelling predicts that 1.7-6.6 trillion (1012) pieces of macroplastics, and 3 million trillion (1018) microplastics (MPs) could be entering the ocean annually by 2040.

This pervasive pollutant is increasingly being shown to affect the environment from the level of the individual to the ecosystem level.

Due to the buoyant nature and resilience of plastics it can act as a ‘raft’ capable of transporting non-indigenous species (NIS), both large and small, between previously geographically isolated locations, posing a major threat to local biodiversity, ecosystem services, human health, and the economy.

This expedition aims to collect environmental samples along regional shipping routes and marine habitats of high ecological and cultural value. 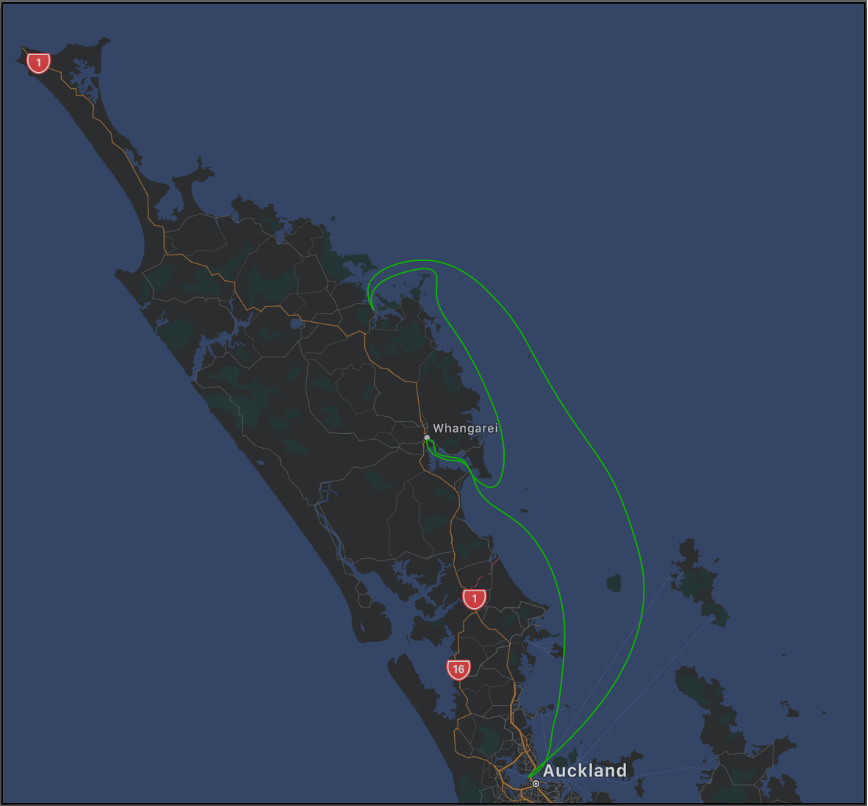 Our 12-14 day expedition will collect microplastics and biosecurity data in the Hauraki Gulf & Islands areas and Whangarei, whilst exploring the wider marine environment of coastal Greater Auckland and Northland.

Our crew & partners will work aboard 15m yacht Moana Te Rangatira and will consist in our Skipper, of Senior and Junior Scientists. We will use trawls including a manta trawl and capture non-indigenous species using water sampling devices and a purpose-built biosecurity trawl.

Species and microplastics retrieved will help give a picture of plastic pollution concentrations in both low density and high density of population areas, and whether NIS are an aggravating threat.

A documentary will be produced, with several future outreach and educational opportunities for students, young people and the greater public. Stay tuned for details!

The first; Aotearoa Impacts and Mitigation of Microplastics (AIM2), brings together researchers from 6 NZ institutions, with expertise ranging from marine biology to polymer chemistry. The aim of this programme is to determine the current state of MP pollution in NZ’s marine, freshwater and terrestrial environments; investigate the potential impacts on these environments and the ecosystem-based industries they support, and; explore ways in which these impacts can be reduced or remediated. To achieve this the research team is working closely with a range of primary sector industry bodies, regional councils and territorial authorities, NGOs, iwi and communities.

The Marine Biosecurity Toolbox (www.biosecurity-toolbox.org.nz) is a collaborative research programme whose mission is the development of science-based tools and technologies that empower governments, tangata whenua, industry and the public to effectively mitigate biosecurity risks. Once implemented, these transformative ‘tools’ will empower regulators, industry, mana whenua, and the community to effectively manage risk pathways, prevent pest establishment, and detect and respond to new incursions. 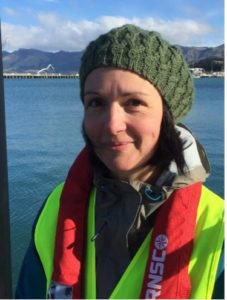 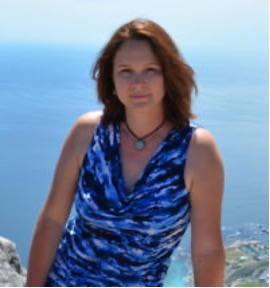 Anastasija has broad expertise in aquatic ecology, and the development and assessment of molecular tools for monitoring and surveillance. Anastasija co-leads the Marine Biosecurity Toolbox and oversees the DETECT research theme to ensure effective integration of molecular approaches into the developing biosecurity toolbox. 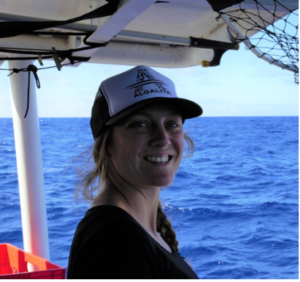 Born and raised in Aotearoa NZ Raquelles’ background is in Environmental Education, however for the past 4 years she has been working with Algalita Marine Research and Education, founded by Captain Charles Moore in CA, USA. Algalita has been at the forefront of the great plastics awakening, with the discovery of the “great Pacific Garbage Patch” and the design and implementation of the first micro-plastic monitoring in the open ocean. Raquelle has over 18,000nautical miles sailing aboard Algalita’s Oceanic Research Vessel alongside Captain Moore, in both the North and South Pacific, researching plastic pollution. On shore, and back at home  she has founded the South Pacific chapter: continuing to educate communities and inspire change. 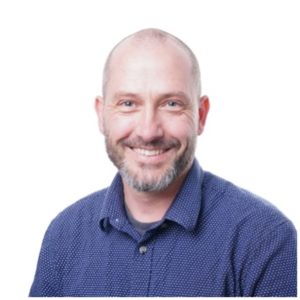 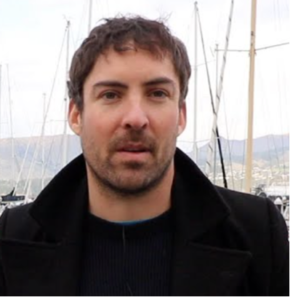 James is a French and British marine scientist, filmmaker and consultant, originally from the French Alps. He holds a MSc in Marine Systems and Policies from the University of Edinburgh and a Bachelor of Arts in Film from the University of Exeter. For nearly a decade, he has worked globally as a consultant in ocean science and policy communications, on issues of high seas governance, microplastics pollution, climate change impacts on the ocean, deep reef research, ocean risk and marine protected area management. He is the co-founder and CEO of Manaia Productions, a strategic communications and film production agency specialized in nature conservation, science and livelihoods. James has been working for several years as project manager and producer with the International Union for Conservation of Nature, and has worked with WWF, Pew Bertarelli Ocean Legacy, the Ocean Acidification Alliance and the UK government. In 2019, he worked as Media Advisor for the Intergovernmental Oceanographic Commission of UNESCO, in the context of the UN Decade of Ocean Science for sustainable Development.

Algalita is committed to addressing the issue within both divisions of our greatest ocean, the Pacific. With a chapter in the Southern Hemisphere, we’re able to connect across the vast ocean and move towards a shared vision

ESR is New Zealand’s Crown Research Institute specialising in science for communities. ESR uses world-leading science to safeguard our health, keep our communities safer, protect our food-based economy, and improve the health of our water and natural environment.

If you are interested in sponsoring this expedition, please get in touch!

The ocean is in our hands.

Scroll back to top